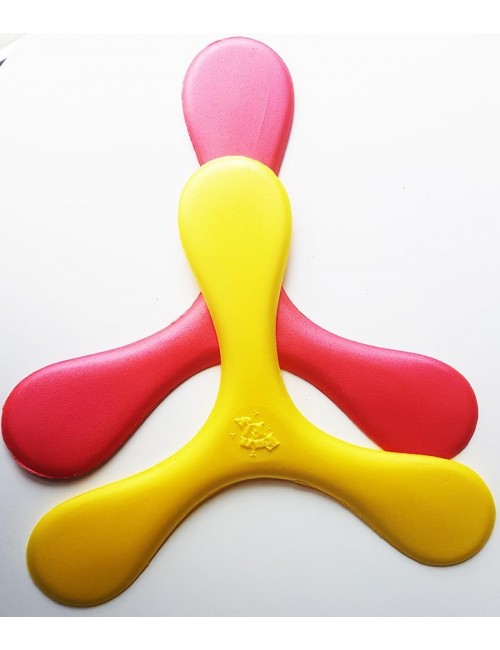 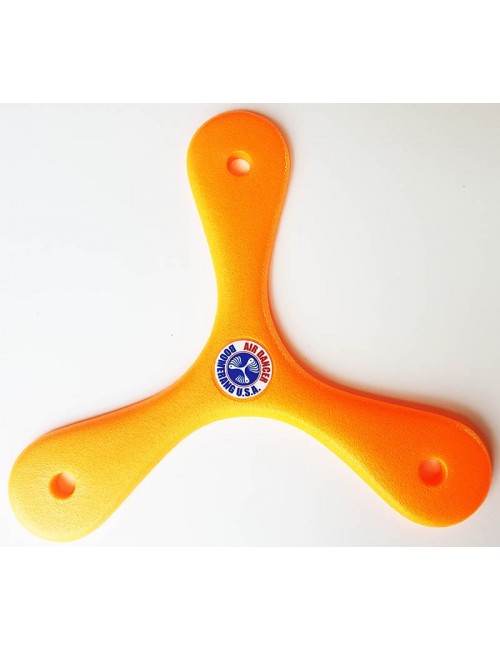 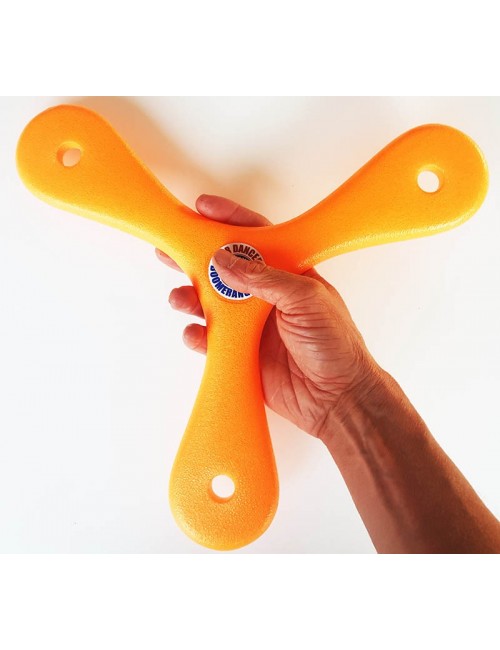 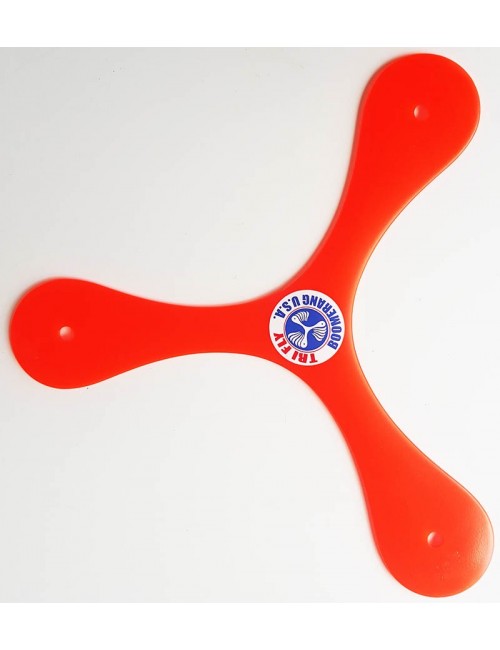 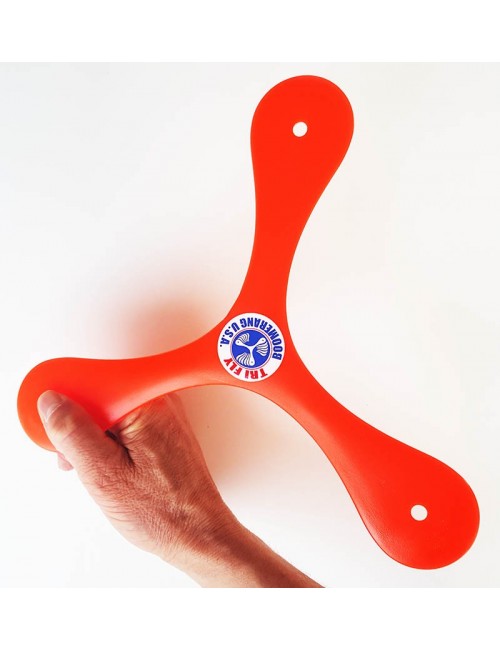 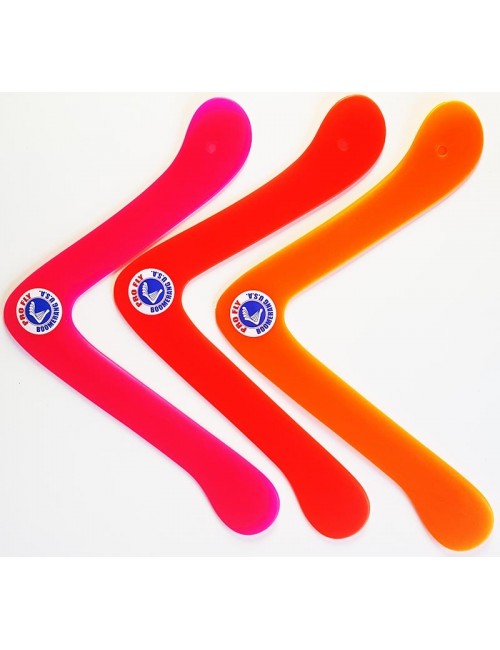 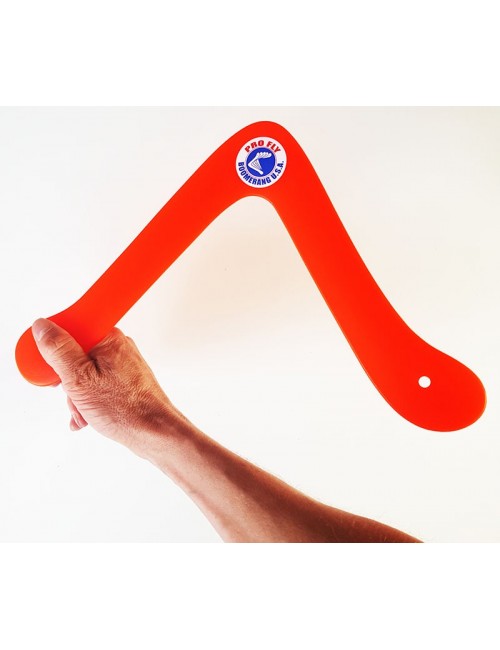 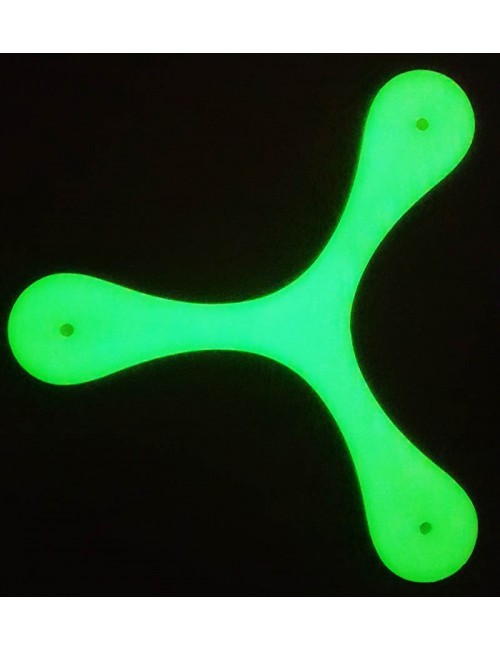 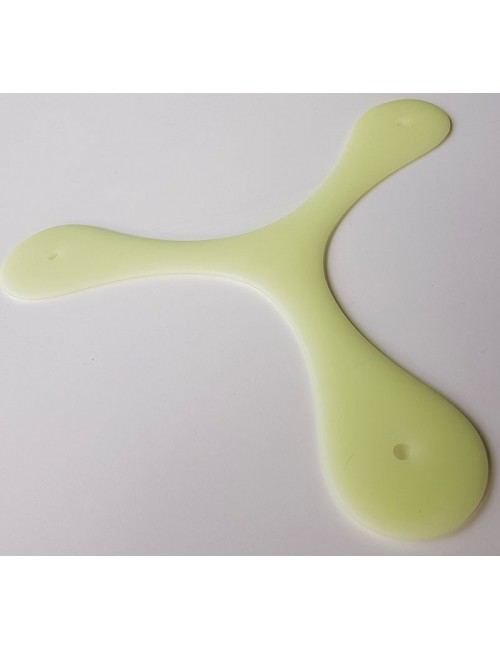 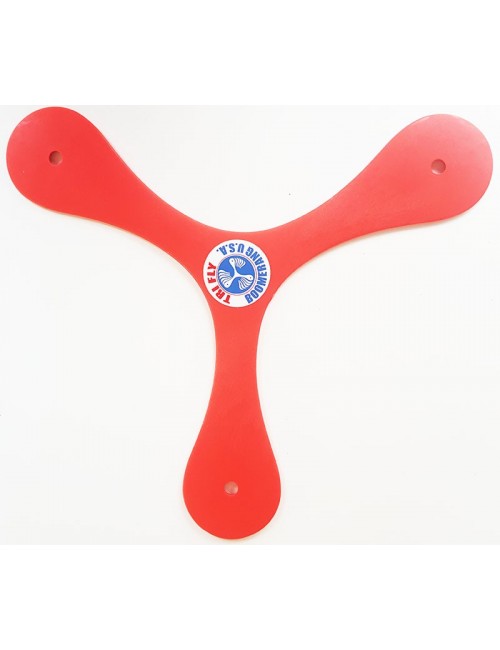 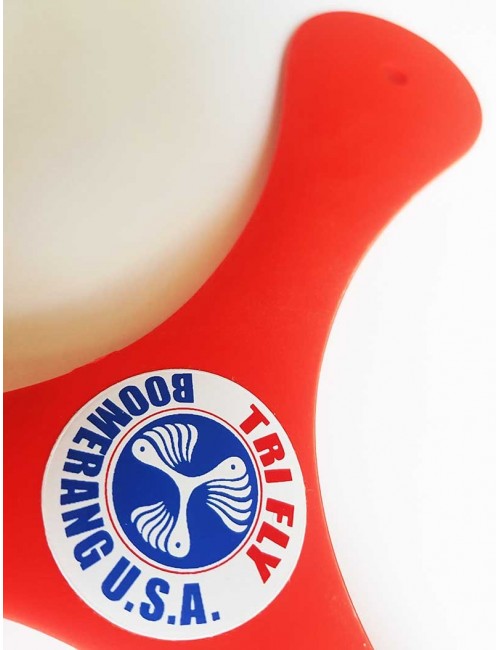 I had become rather skilled in making glider planes and I could easily spend weeks designing different types and then watching them fly.

It was during this period that I began to create my first boomerangs.

So I began to research using the family encyclopedia and experiment working with plywood.

It would take me a year to understand how a boomerang functioned.

In 1973 I read about Ben Ruhe, who not only made boomerangs but organized competitions. Then, in 1974, I participated in my first tournament and the rest was history. I’ve been world champion 6 times, 5 times as a thrower and once as a coach.

Over the course of my career, I made more than 200,000 wooden boomerangs. Unfortunately though, I developed emphysema due to breathing in wood dust. As a result, I began making plastic boomerangs such as polypropylene boomerangs, which have the great advantage of being easily modifiable.

With my fried, Ben Ruhe, I am co-author of a book on boomerangs that has sold over 100,000 copies. I have also designed numerous boomerangs.

One advantage to Darnell boomerangs is that they are ambidextrous, suitable for both right-handed and left-handed throwers.

In 1975, I made my greatest discovery when I realized that I could make boomerangs without a specific shape. I then began creating ambidextrous boomerangs like the Trifly, Funfly, and the Airdancer. These boomerangs have no trailing-edge, only a leading-edge.

Only twisting them/torsion with the right angle of incidence allows them to come back correctly. As a result, they slow down more easily at the end of their flight and are thus easier to catch.

While there have been numerous dupes of my boomerangs, I am actually proud that others want to replicate my work.

My boomerangs have been used in many competitions such as in fast catch, endurance, accuracy, and trick catch events, as well as the Aussie Round.

I am extremely proud that my boomerangs, over the last 40 years, have beaten over 25 world records.